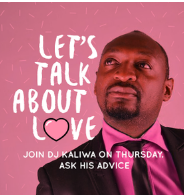 I wrote a song about a girl called Busi who is sexually abused by one of her older cousins because I have heard many stories about girls just like her.

I wanted to include it on the We Will album I did along with Safeguard Young People because hearing about abuse like this makes me so angry.

Busi is not a real girl but she represents many real girls. The song tells how Busi lost her parents at a young age and lived with her uncle's family. One night her older cousin came home drunk and raped her. But she didn’t even know that was wrong. She didn’t know it was sexual abuse because no one had taught her. So instead of getting help by going to a clinic and getting medication to prevent a pregnancy and HIV, she did nothing. She didn't tell.

The song tells how she contracted HIV and fell pregnant. She was confused about the changes her body was going through. People scorned Busi for getting pregnant at a young age and eventually the school expelled her.

I know girls like Busi and it makes me so angry. How can a girl whose body hasn't matured well be forced to go through birth? Why didn’t she know about taking medication to prevent her pregnancy? Why did she not report her cousin for rape?

But I am clear now that I only practice safe sex. Do you?

Remember, even though Kaliwa is not a sexual health expert - he's a man who cares about the future of young Swazis.

I believe anything is possible, only if u have faith n vision.... know wht u want in life.... never be misled by someone who's already living the dream......