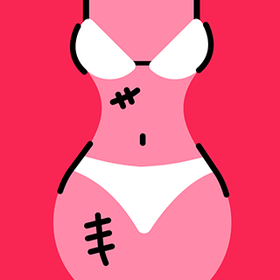 How Can You Tell

When you hear the word ‘rape’, you may think of a stranger attacking you in a dark place. But the opposite is true. Actually most often a rapist (or abuser) is someone you already know. One form of rape is date rape. This is when you don’t just know the person, but there is some sort of romantic potential with them.

What’s the link with alcohol?
Being drunk (or high) makes you less able to set clear sexual boundaries and say no. And it also can make you less motivated to listen to or respect, those boundaries when they are set by someone else. Some date rapes occur after a drug is put into a girl’s drink to make them dizzy, confused or pass out.

Why is date rape often confusing?

Forced sex is an act of violence and aggression. It has nothing to do with love. If the person doesn't respect your wishes and talks you into something that you don't want, it's rape. If you have been raped, don't bath, go to your nearest health facility immediately so they can give you post exposure prophylaxis (PEP) for HIV prevention and emergency contraceptives to prevent pregnancy.