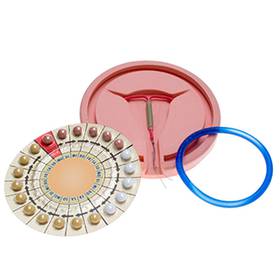 How Not to Fall Pregnant

If you are having sex, using contraception is the best way to avoid falling pregnant. It’s important to learn about the different types of contraception so you can choose the one that suits you best. Remember, the only contraceptive method that prevents pregnancy and also stops a sexually transmitted infection including HIV is a condom.

Abstinence:
Abstinence means not engaging in sexual intercourse. It can mean waiting until the right partner or marriage. Abstinence may be also be periodically practiced which means not having sex during a woman or girl’s most fertile time of the month. Abstinence doesn’t have to be just limited to penetrative sexual intercourse, it can also mean not engaging in any kind of sexual act, such as oral sex. Abstinence is the only way to 100% prevent pregnancy as well as the transmission of HIV or STIs.

Male Condom!
For young men: The condom is worn over the penis during sex and it catches the semen after ejaculation so it doesn’t enter the female body. The semen contains sperm and possibly STIs and HIV.

Female Condoms
For young women: Part of the female condom (also known as Femidom in some countries) is inserted inside the girl’s vagina and part of it sits outside the body, covering the vulva. The femidom blocks semen, which contains sperm and potentially STIs and HIV, from entering her body plus offers pregnancy prevention. It can also be used during menstruation to keep menstrual fluids from making contact with the sexual partner.

How To Use Female Condoms
15

The Pill
The pill is a small tablet (for young women) that you take every day. The pill releases hormones that prevent pregnancy by stopping the release of the egg from the ovary (ovulation) and making the mucous on the cervix thicker which prevents sperm from entering the uterus. The pill needs to be taken at the same time every single day, regardless of whether you are having sex or not. The pill will also regulate your period and it may help lessen cramps, lighten bleeding and prevent acne. And because the pill regulates it, you’ll know exactly when to expect your next period. There are two kinds of pill. On type has two hormones and (oestrogen and progestin) and are called combination pills. The second type, contains only one hormone (progestin only pill). Some medications, like antibiotics, can affect the pill so always tell your doctor you’re on the pill. You can get the pill at a health facility or a local pharmacy. Remember you have to use it with a condom to protect yourself and your partner from STIs and HIV.

Emergency Contraception (EC)
Also known as the ‘morning after pill’, this pill must be taken within three days of having unprotected sex. The sooner it is taken after unprotected sex, the better it works. It should only be used as a real emergency as it’s not recommended to use it as a regular method of contraception. The pill is free at your nearest health facility and can be bought at some pharmacies.

What are Emergency Contraceptives?
15

Injection (injectable contraceptives)
This is for girls only. A doctor or nurse will give you an injection every two or three months. It's free at your nearest health facility and easier than having to take a pill every day. The injection stops your body from producing eggs.

Implant
Also for young women, the implant is a small flexible stick or rod that is inserted under the skin of your upper arm by a trained health provider. It is free at your health facility and works like the injection by stopping your body from producing eggs. It also thickens the mucus in the cervix (opening to the uterus) thus making it difficult for the sperm to enter. It becomes effective one week after insertion - so you may want to use a barrier method such as a condom for that week. It lasts for about three years. It does not protect against STIs or HIV.

Intrauterine Device (IUD)
This is a small plastic object that a doctor or nurse will insert into a girl’s uterus. Once it’s inserted, it is like a barrier between a boy’s sperm and a girl’s egg. It lasts for up to five years. It is usually suggested for girls who are older or have had a baby already. It does not protect against STIs including HIV.

Withdrawal
During sex, the boy withdraws his penis before he ejaculates. This is not a very effective birth control method and can result in an unplanned pregnancy.

For contraceptives to work properly, they need to be used properly. Remember that only a condom protects against pregnancy as well as STI’s and HIV. It is The Safe Sex Hero!”.

what are the effects of using morning after pills