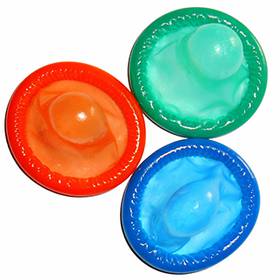 Why The Condom is the Best Method

It’s been around for a long time and the condom is still hands-down the only method of protection against pregnancy, STIs AND HIV, if you are having sex.

The male condom is a thin sheath of latex rubber that covers the penis during sexual intercourse. A man’s ejaculation has hundreds of millions of sperm in it. The condom collects all these sperm, providing a barrier between them and the woman’s vagina and preventing her egg from being fertilised.

It acts as a total barrier that stops the penis and the vagina or anus from touching each other. The barrier stops any fluids being exchanged. Its magic is that it not only protects against pregnancy, but it also prevents HIV and many other sexually transmitted infections.

Other contraceptive methods like the pill or injection prevent an unintended pregnancy but do not protect from HIV and STIs. Male (and female condoms) are the only way to have protected sexual intercourse with a partner of unknown status or who is HIV+.

Girls, if you carry condoms with you, this means you are prepared - not loose or a ‘slut’. Guys, always have a condom or choose to delay sex until you have one. Hey! Are you sexually active, use a condom correctly and consistent every time you have sex.

Know how to use a female condom? This reader didn't!