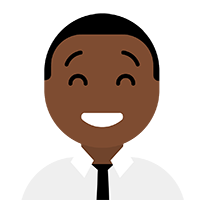 Mr Right: He got her pregnant

So who’s to blame?

It's funny how we always talk about equality as if men and women are looked at through the same eyes. In the real world they are not. The world we live in is far from ideal.

My friend, Kwanele, became a dad this month. His girlfriend gave birth to a baby girl. Kwanele seems quite happy. But then it's appropriate for him to be happy. Why wouldn't he be? The toughest thing for him was telling his parents what he had done.

This is usually the case for guys.

But it can be different for girls. She has to deal with carrying the baby and might have to drop out of school, all while people give her looks of disapproval. And after the child is born, many guys stop seeing the girl as a ‘girlfriend’. They just see her as someone's mother.

So it's quite clear to me that men and women are far from equal. And I don't think it's right. It takes two people to make a baby. So if you're going to pass judgment on the girl, you should do the same for the guy.

Do teens use a condom for preventing pregnancy or HIV?

Hello fellow user,The truth is that teenagers should abstain. Then if they fail they can use any Family Planning commodity to prevent pregnancy, a condom is one of them. Benefits of using it is that its protect you from pregnancy and from sexually transmitted infections.

@Wendy... its good to be a mother but at the right time not while u still at school or unemployed

View more comments
Have a tip related to this article? Click here it share it!
© 2022 UNFPA, Ford Foundation