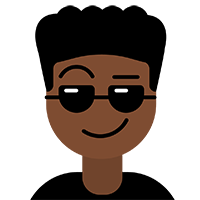 Fooling myself that it's safe

Condoms were on my shopping list once. But since my girlfriend and I decided to be exclusive, the thought of a condom hardly crosses my mind.

I know all the risks involved – STIs, HIV and pregnancy – and so does my girlfriend. But we've been together for a while and as the trust has grown. So we've become less careful.

I mean, we’re not seeing other people so some of the risks aren’t as bad, right?

The scariest part is that my girlfriend isn’t even on contraceptives. We use the withdrawal method. Every month we hold our breaths waiting for her period. I know we should be more careful about it and choose contraception that works for us. We should also just get tested for STIs.

But we’re not getting there...

People will say we’re playing with fire. We’ve even had one pregnancy scare. But in the heat of the moment, condoms just don’t feel necessary.

BadBoy is right to be worried. Not wearing a condom during sex is a big health risk. He says he is being exclusive – but is she? Better safe than sorry. BadBoy needs to visit a clinic with his girlfriend so they can both get tested for STIs (including HIV). And to get good advice about birth control before two become three.