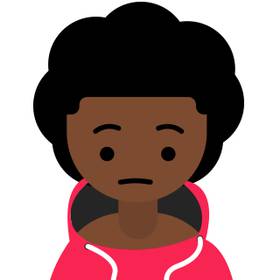 LonelyGRL: Are we on or off?

It’s the end of the day, and the sun is already hanging low in the sky when Guy comes to find me at my Aunt’s shack.

“You find out a lot about people when you work in a spaza,” Guy tells me. “You see who they’re with, what they buy, what they can’t buy, who pays for their stuff…you get the picture.”

“So…is there…is there something going on with you and Kim?”

Guy smiles at me. “Nothing romantic, if that’s what you’re asking.”

“But we do have a strong bond. I persuaded her she needed to get tested for HIV, and I went with her on the day, and also when she got the results.

“Baby…there’s something I need to tell you upfront.”

My stomach clenches at the deep, intense tone of his voice.

“I’m just going to say it straight,” he says firmly. “I know what Kim’s going through right now. And why I know that is because I’ve also lived through being diagnosed as HIV positive.”

My eyes lock with Guys’.

Guy puts a hand out to take mine, and then changes his mind and puts it back on his lap.

To my surprise, my mind is working perfectly clearly. If Guy is HIV positive, and him and I go any further, then I have a lot to think about. And Guy and I have so much to work out between us.

A boyfriend with HIV… Can I cope with it? Do I want this?

I put my hand out.

“We’ve got a lot of talking and learning and working out to do. We can take ‘us’ really slow. You’re strong and true, and I can trust you. I know that, because you were brave and honest enough to tell me your status.”

“May I?” he asks softly with a shy smile.

I touch his cheek with my fingers, look deeply into his eyes and nod.

And then he leans in, and my heart soars as his lips touch mine.

WHAT DO YOU THINK? Baby knows that she and Guy “have a lot of talking and working out to do”. She’s right, because health is the cornerstone of life. Because Guy is HIV positive, they face some very serious issues.

What do you think of Guy’s honesty about his HIV status? Can you relate to Baby’s unvoiced thoughts about whether she can cope with a boyfriend with HIV? What about her choice to be honest about what she feels for the Guy “right now”?

FAST FACT:
Did you know that women are twice more likely to get infected with HIV through unprotected sex than men?

View more comments
Have a tip related to this article? Click here it share it!
© 2022 UNFPA, Ford Foundation