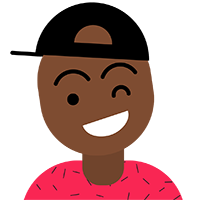 What does she really want?

My girlfriend recently moved to another town. It’s exactly 330 km away from me. That’s far! But she promised she would visit me every weekend.

The first weekend came along, and so did she. But I wasn’t at home when she got there. She immediately thought I was out with another girl.

She was furious. She refused to see me for the rest of the weekend.

I called and texted her at least a hundred times, but she would not pick up. I was so confused. We had been together for a while. I had never given her a reason to mistrust me.

A few weeks later, she visited again. This time, I’d told her my weekend plus. But she came by when I wasn’t there. She gave my brother a letter to give me. I was confused that she dropped off a letter when I wasn’t around. I did not understand why she was avoiding me and still ignoring my calls.

In the letter, she told me how much she loved me. She told me I was the only guy for her.

But in real life, she was avoiding me.

Her mixed messages made me see that I had to decide whether I wanted to be in this kind of relationship. She was not treating me well.

So I have decided to move on with my life. If she really loved me, she would have spoken honestly to me and not played those games.

Good relationships need honest communication. This means telling your partner how you really feel. When you ignore someone or make them guess what you are feeling, you make a small problem into a big problem. Talking helps even if it’s difficult.

To say sorry for something you you've done & something you've never done is good thing to practice for it mantains peace in a relatioship, coz arguments leads to a fighting relationship

As a person you need to know that your reaction describe your character, So it is wise to think twice before any move. To avoid arguments and quarrels you have to keep other tings with you. Not saying that if you are abused or not comfortable with what happening you shouldn't speak out, you should.

4 years Ago
Have a tip related to this article? Click here it share it!
© 2023 UNFPA, Ford Foundation