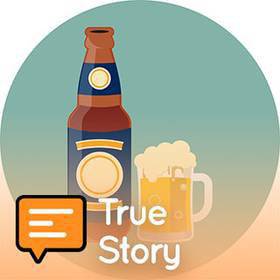 MyStory: I ain’t no saint

But who spiked my drink?

I am not a saint or anything - I have my share of naughty things I do. But drinking is not one of them.

My friends put pressure on me to drink all the time. Last year I was at a party my friends had organized. Everyone was drinking. I was the only who didn’t. I was having fun but one of my friends thinks that if you’re not drunk then you’re not enjoying yourself.

She kept offering me beer. I was saying no but something told me that she wouldn’t take no for an answer.

A few minutes later a boy I had a huge crush on offered me a Coke. I accepted and drank it. I noticed it tasted a bit strange but I kept quiet. I wanted to impress him.

Then my friend and my cousin brought me a beer. I wanted to look cool so I drank it too.

Next thing I knew I was making out with him.

I felt so bad the next day. I realise my friend had put alcohol in my drink. I think God was disappointed in me as this happened less than a week after my confirmation! I never want to taste another bottle of alcohol because what if I had done worse things that day?

Friends who drink often want you to ‘join the fun’. But alcohol may negatively affect your judgement and can put you in a vulnerable position. It can lead to unsafe sex or other risky behaviour. And friends who spike your drink aren’t friends at all.