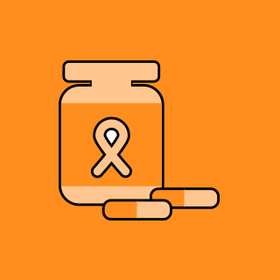 MyStory: I found his ARV pills

Are you kidding me?

Growing up I always knew my aunt was HIV+. She was open about it. When she came to live with us, it was my duty to remind her to take her medication twice a day.

I learned a lot about HIV from her. I knew I didn’t need to be scared of catching it by just being around her. When I was 16, I started having sex. I wanted to be responsible. So I went for my first test. It came back negative.

After school I had my first serious relationship. He was so handsome, caring, with good sense of humor. I knew I would spend the rest of my life with him. Whenever we had sex, we always used condoms.

One day he insisted we have unprotected sex. I tried to say no, but he kept insisting that he was 100% faithful. So why was I worried? He pushed and pushed so I gave in.

After that, we started having unprotected sex regularly. It became normal. I thought I was safe. We’d been together for ages. I was on the pill to prevent a pregnancy. Plus, I regularly got tested at the clinic for STIs.

Then came the day the worst day of my life. I found a bottle of ARV tablets on his shelf. I asked him about it. He said it was his brother's. I knew he was lying. The next day I went to a health centre and got tested.

I was shocked and depressed. I just wanted to die. I told my aunt and she was there for me. Slowly I came to accept it. But it has been hard.

After I got my results, I broke up with my boyfriend. I would have accepted he had HIV. But I couldn’t accept being lied to. Or that he’d given me HIV. He played with my life.

I am now 22 years old and living a positive life. I am on medication. Each time I swallow the ARV pill, I know it’s saving my life, I am positive and on the right track!

‘Just one time’ is enough to give you a life with HIV. But if you do get HIV, it is not the end of your life. By testing early and taking ARV medication, you can live a healthy life.

This story was written by Tune Me community member.