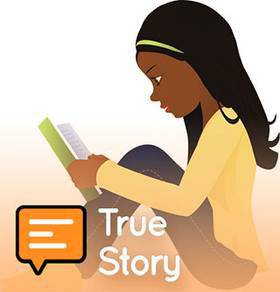 MyStory: My teacher is touching me

Here's how it happened

When I was in Grade 6 my teacher went on a sick leave so we got a new student teacher. He was young and handsome.

He said I should stay behind for extra lessons so that I could start improving my marks. I agreed to because he told me that he would do it for free! At our first lesson he said he would explain puberty to me. He drew diagrams and we chatted. On our second and third meetings he did more drawings. He made it clear that even young girls can admire older men. Little did he know that I already admired him.

On our 4th lesson he was talking about boys. He told me that he didn’t have a diagram of a penis so he asked me if he could show me his own. Then he told me it was fine if I wanted to touch it. I was interested and did as he told me.

This went on for a few months. He never put his penis inside me but he liked me to touch it and he touched me. I wanted him to stop but it was hard to tell him.

It changed the day we had a class about rights. That teacher said that it is sexual abuse for anyone to touch you in a sexual way without your consent. This was news to me. They told us that it is important to break the silence and tell someone.

That day I was brave enough to tell him that I would speak to someone if our lessons continued.

That was the end of it.

Nobody is allowed to touch your body or ask you to touch theirs. Many abusers try to keep it a secret because they know it is illegal. This Tune Me reader stood up for herself. Always ask for help if you feel uncomfortable.

nowadays it's hard to trust teachers....they are only people that spend most time with our kids...these are absolute signs of moral decay