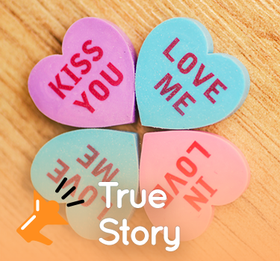 What could possibly go wrong.....

She was my friend, fellow prefect and classmate as well. At first, it was a normal friendship until she started telling me how big her behind was and how much other guys admired it. From there, it was her love life that became our topic on most days. Later on, she started complaining about her boyfriend.

As a friend, I offered a shoulder to lean on. As time went by, she started remaining for studies with me until late afternoons.

One day during class while chatting, she told me she was a ‘dare queen’ and that she hadn't lost a dare before. She then told me to give it a try but I declined. "Coward," she said to me. I had always thought of myself as brave and someone who can do anything and so when she called me a coward, I felt challenged.

"Ok, if you are not a coward and if you want me to stop calling you one, you have to tap my butt." Those were the exact words used. I agreed so as to free myself from the 'coward' title. It took me a few days to do that dare and when I finally did, she again said that the dare was for small boys and that I should do manly ones, like kissing her.

It took another few days and I kissed her. From then on, it went from just ordinary kisses to longer ones till one day she confessed her love for me. I did not like her enough to date her. I declined.

She was so upset at me such that she started spreading word among her friends, who also told their friends, that I was so into her and that I had been after her for a long time. She had destroyed my reputation.

After we completed secondary school, I had long cut her off and had moved on with my life. I found myself a charming beautiful girl for a girlfriend. Unfortunately, I found out that the high school dare queen (or rather dare devil) had relocated to the area where my girlfriend lived. When she found out the girl I was dating was living in the same area as her, she started threatening her and eventually, she left me. It's so sad that a simple game of 'truth or dare' and jealousy ruined my relationship.

This Tune Me reader learned that playing dating games can lead to hurt feelings. If he had been honest with her crush earlier on.