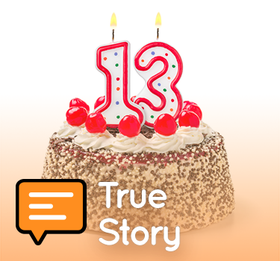 ‘I wonder why a grown man would want to force himself on a young girl. I was 13 when my uncle raped me and threatened me to keep silent about it.

It was a Friday afternoon, a half day at school. When I got home, I was greeted by my angry uncle, who scolded me because of the dirty dishes in the sink. The lady who usually helped us with the chores was not there.

I changed into a lihiya and started washing the dishes. My uncle came into the kitchen and commented on how much I had grown. “Wakhula Gcinile” he said

He asked me to bring a glass of water to his room.

When I got to his room, he asked me to sit on the bed. I prepared myself for another lecture. He started commenting on my beauty “ uyababa mshana”. I shied away, he came closer to me and started touching my breast, and forcefully pushed me on the bed. That is when he raped me.

Afterwards, he threatened that if I told anyone, I would be chased into the streets with no home and no one to sponsor my education.

It was painful. I did not report him. I regret this now.

If only I had known where to go, maybe I would not be HIV positive because I could have gotten some PEP (Post Exposure Prophylaxis) services to reduce my chances of getting HIV.

I only learned years later that after a rape, you should not bath before going to the police so that you don’t erase the evidence. Instead my uncle got away with raping me and I am left with HIV.

This is a true story of sexual abuse told by a brave young woman. If you have been raped and want access to PEP drugs that can reduce your chances of getting HIV, it must be taken within 72 hours after the rape. This story was provided courtesy of Generation Alive, an organisation working towards the advancement of women’s rights. Have you been raped or sexually abused? Find out more below.