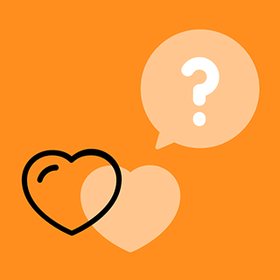 True Story: Love Me, Love Me Not?

Or is He Using Me?

Every person dreams of a perfect relationship. When I first met my boyfriend, everything was just perfect. We used to spend almost all our time together. He became my best friend and my everything.

I was ready to give him everything. As time went by we grew closer to each other. I even forgot about my friends.

When he wanted to have sex, I agreed. So we started having sex. I never really wanted to, but I just couldn't say no to him because I thought he might go around telling his friends how childish I was.

The guilt was killing me. So to avoid having sex with him, I started avoiding going to his place.

On his birthday I asked him what he wanted for a present then he said he just wanted to spend the day with me. I knew he wanted to have sex.

I got ready and I went to his place. I was nervous. He started talking about how good I was looking, how he missed my body and all that.

I was not happy about it because it felt like he was only dating me for sex and our relationship was based on sex and nothing else. But still I gave him what he wanted.

After we finished, he just started listening to music with his headsets and playing games on his phone. He acted as if I was not there at all. It hurt me so much. I felt used and useless.

Then all those negative questions started flooding my mind. Is he just using me? Is he fed up with me? Is it all over?

This Tune Me reader thought she was pleasing her guy by agreeing to have sex with him. But you should never have sex if you are not ready.

Guys are not mind-readers - you need to tell them if you don't want to have sex. Be clear about what you do and don't want to do. If they don't accept that, they are not worth dating.