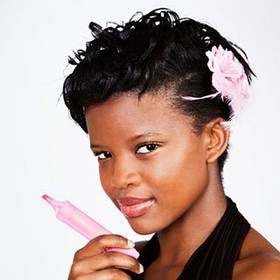 It's the holidays. You're going to be seeing more of your family and friends. But sometimes family reunions can bring up old problems. Like: what do you do with an overly flirtatious friend or relative?

Although flirting is described as a playful, romantic or sexual overture by one person to another to subtly indicate an interest in a relationship, some people take it too far.

Stan Bopape, a relationship counsellor, says that both sides can take flirting too far. "Flirting is a basic instinct, part of human nature. But having said that, there is showing interest and then there is harassment. But flirtatious women hardly have to deal with the consequences because men are too matured to cry sexual harassment."

He says that men have been in the business of charming women forever, it's an innate thing for them. But for some reason there are still many men who don't do it right - and amazingly, they don't get judged as badly as women who get it wrong.

Regardless of whether it's men or women that are doing it, here are some flirting rules to remember:

You should not flirt with:

Physical attraction, even between cousins or someone 'forbidden', can often feel undeniable. But that's no reason to act upon those urges. Remember who you're dealing with. If you've got an uncle leering at you, make it clear that you are not interested. If he won’t stop, tell somebody else about it. Tell us about your flirting rules below.

but some other people like flirting just for fun not to the extent of being in a relatinship,so do you guys think its good to flirt