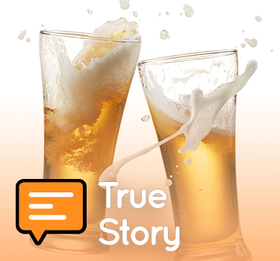 MyStory: Too much beer

This is how I stopped

I knew I was drinking too much for a long time. And it was costing me all my money.

I would stop after a bad weekend of vomiting, hangovers, and regretted behaviour but after a few days I would find myself drinking again. Just one. Then another. By the weekend I was ready to party. Finally, a day came when I said enough is enough!

In order to stop I had to make some changes. The first step was to make a list of where I went to drink and with who. Then I wrote down all the excuses I made to keep drinking when I knew I shouldn’t. I knew I also drank more I also noticed that most of my friends also drank too much. Then I had to find solutions.

I told my beer friends that I had stopped drinking. I avoided them and going to the places I used to drink. I ended up totally changing friends over a few months. I also had to develop self-control. Then I found ways to handle my stress that did not involve drinking – I started watching movies and playing soccer.

That was three years ago and I haven’t had beer since. I can’t believe I didn’t know I was addicted to alcohol! I have started explaining to others how I stopped and it’s inspired some of them to stop too.

If you cannot control the urge to drink, then you might be addicted. An organisation like Alcoholics Anonymous can help you, or you can find a support group near you. Ask at your clinic.

Read our guides on how to stop.

To stop drinking, you need to avoid drinking friends and always do something profitable with the time you used to be drinking..... Do something that makes you happy instead of alcohol

one guy I know stopped drinking alcohol by drinking cold water ever time he feels like taking in alcohol... #choice