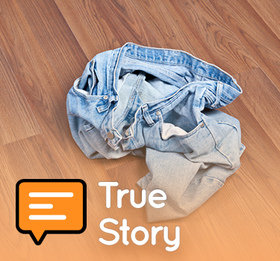 True Story: It’s getting so hot

Too late to bail?

I met Sifiso at a youth meeting my mum forced me to attend. Mum figured I could meet some friends. Church people are not usually my type of friends, but Sifiso was different. He approached me and we exchanged numbers.

We chatted for a week. I liked him ‘cause he was that wild guy. I liked he had that classic "swagger" the girls liked and the boys wanted to have. I fell head over hills for him. He asked me whether I'd had sex before. I told him I was a virgin. He laughed and said I was a liar. He said that nowadays virgins don't exist.

He said he wanted to have sex. I told him I was not ready and he understood. That made me like him even more. The next week he invited me over to his house when his parents were out. It was our first date. We kissed for the first time. We started to touch and it got even hotter. Music was playing in the house and this made the moment even more exciting. It was my favourite song, Touch by Pia Mia, and the most awesome guy was with me.

Before I realised it, my clothes were on the floor. We were both naked and my legs were around him and it was all very close. Then Sifiso tried to have sex with me. I almost got swept up in it. But I started thinking of all those years I waited for this moment. I knew I was not ready. We had texted a lot but I barely knew this guy who was about to break my virginity! I pushed back and asked him to stop.

He said he was too aroused to do that. I was getting stressed, but still trying to be cool. Then I pretended I was going to throw up and I jumped up and ran to the bathroom. It broke the moment. I made some noises and stayed in there a while. When I came out, he had cooled down. I acted sick and got my clothes back on and left fast.

After that experience I have always told myself I will only do it when I am ready and with the right guy. I won’t let myself get into a position like that again where I could have done something I would regret.

This Tune Me reader used her brain and got out of a tricky sex situation she might have regretted later. Remember you can say no to sex at any time. Be clear about what you want and don’t want - guys can’t read your mind!

Tell us if you think this reader was smart below.

very smart hey and big up to that

Thanks for the story